In this short but interesting presentation Mark Roden and Jalal Benali talked about how they had used Azure Cognitive Language Services (Translation API) to elegantly solve a client’s need to have their intranet available in multiple languages across multiple territories.

One of PSC’s clients has sites in multiple countries and as part of their intranet consolidation they wanted to provide a manner by which their corporate messages could be translated for the various countries/languages. The intranet was hosted on DotNetNuke CMS system and needed to be configurable, flexible and above all easy to use for the business. The business had looked at publicly available services like Google translate, but determined that on a private intranet site, they did not want any corporate information being taken outside of their control.

Azure Cognitive Language Services Translation API was selected as the solution because it is secure, private, easy to use and surprisingly flexible when it comes to converting web based content.

PSC created a custom module for DotNetNuke (DNN) which allowed content managers to create translated versions of the data at the click of a button. The solution was tied into the out of the box language capabilities of DNN whereby the languages available to the user for translation were those enabled in the DNN core configuration. In this manner if a new site, in a new country was purchased, the administrators need only turn on the new language for it to become available.

Because the Azure translations need to be reviewed for accuracy by a local admin in-country, PSC created the ability to have the new message held back for administrative approval. Once approved it is then published on the appropriate language version of the intranet.

Once the translations were created the global administrators would be able to monitor which ones were then subsequently modified by the local content manager. In this manner content corrections from the original English would not necessarily be translated and overwritten onto the newly corrected translated versions.

Depending on which service you use and usage, the pricing varies from free to $4.50 per million characters translated (as of May 2018).

One surprising, significant, benefit of using the Translation API what that when fed an HTML string, the HTML tags were ignored. This meant that the formatting of the translation returned was identical to the original. While this does increase the size and number of characters translated, this would not approach the limits necessary for this effort. 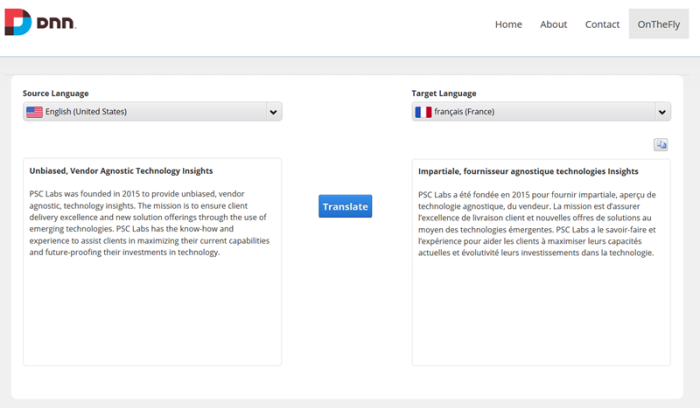 The solution PSC implemented allowed the client to securely translate sections of their intranet and then manage the translated pages once they were published. Overall our experience with the Translation API was a very good one. We found it very easy to set up and simple the implement.

For those people who interact with many sites across the *.Microsoft.com domain this may be an issue. I was looking for an update on Office Add-Ins and I came across this issue.

If you see a 400 Bad Request Size of a header exceeds the limit error, for no good apparent reason, that cause is likely cookies.

The following image was taken from just trying to access the Microsoft 365 Blog site. As you can see there are a LOT of cookies picked up from all over the MS domain.

The simple solution, clear your cookies. This process will vary per browser but once that is done, we are in business again.

The fact that we have a general office Add-in community call now is fantastic and shows how significant the community is to the product group.

The call was blogged and posted here: https://dev.office.com/blogs/office-add-ins-community-call-april-11-2018

The next Office Add-ins community call will be on Wednesday, July 11, 2018. You can download a recurring quarterly calendar invite at https://aka.ms/officeaddinscommunitycall.

We use Miracast in the office to connect to the Tvs in the conference rooms. I used it for months without issue and then a few weeks ago it stopeed working for no good reason.

The display would say I was actually connected – and it would not come up on the TV. Eventually it would just die and tell me I had a problem.

After a considerable amount of trial and error it turned out to be the intel display adapter driver….ok then. Figured I should share. 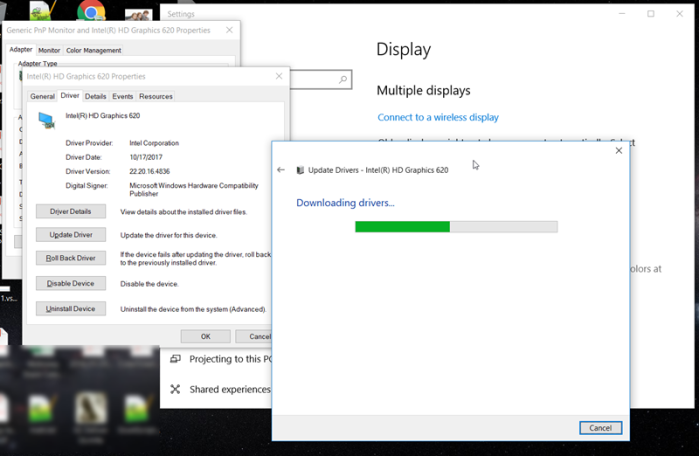 And after that and a reboot – Miracast back and working !!!

As of MS Build 2018 custom functions in Excel are available for all developers to use and implement.

For more information on how to create a custom function in Excel using the JavaScript Add-In model check out this link.

“Custom functions (similar to user-defined functions, or UDFs), enable developers to add any JavaScript function to Excel using an add-in. Users can then access custom functions like any other native function in Excel (such as =SUM()).”

This is actually a huge deal because one of the limitations of the Add-In model in the past is this ability to create a custom function without having to add it to the tool bar as an icon which has to be clicked. With this release it means that develoipers can create their own functions in excel in an analogous manner to VBA. The simple example below adds the two numbers and for no good reason adds 42 as well. But you get the idea.

Back in March the Outlook Add-In development community had it’s quarterly meeting. The notes from the meeting were blogged and released here: https://dev.office.com/blogs/outlook-community-call-march-21-2018.

These calls are really helpful to spread the new on the progress being made in the Outlook Add-In area. Some really interesting points of notes at this call were the upcoming preview requirements for API 1.6

I think I am going to play with that 🙂