In the last 12 months I have twice presented at MWLUG 2014 and ConnectED 2015 (with Mark Leusink) on how to run a  Domino/Angular.js application in IBM Connections and SharePoint. One of the hurdles to doing that was to figure out how to integrate bootstrap with the OneUI layout of Connections and MS SharePoint built in style.

This was the original http://beyondtheeveryday.com application which Mark Leusink built (for ConnectED) based on Bootstrap CSS. My job was to make it run anywhere – in this example IBM Connections. The same process described here is also used to make the application look nice in SharePoint.

To do this I used an HTML Widget installed on the Connections server and with some JavaScript trickery (as explain at the conference) I was able to insert the BTE application into the Connections HTML widget relatively easily.

However – the functionality was not the immediate issue – the look and feel was.

IBM Connections uses the IBM OneUI Stylesheet for look and feel. Both OneUI and Bootstrap set default fonts and sizes on every page element and when mixed together in the wild things go badly wrong. As you can see from the image below – the bootstrap is fine – but the addition of another CSS which affects HTML and Body messes with the existing OneUI style. 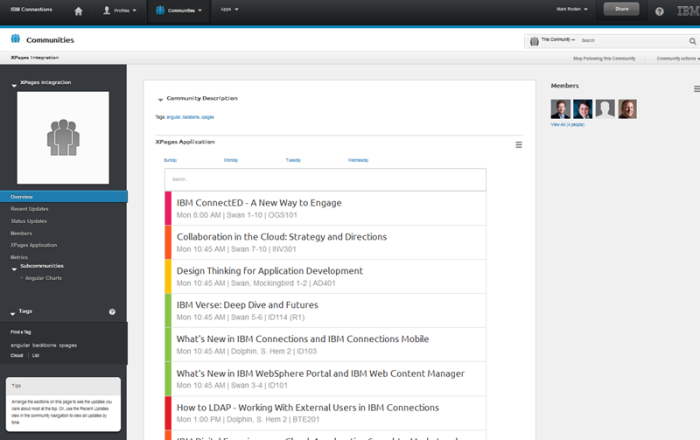 So the quick and dirty solution to me was to stop bootstrap from affecting everything else in the BODY of the connections page. In this case to maintain look and feel with OneUI – remove everything affecting the OneUI look.

I took an un-minified version of Bootstrap and removed the first 1400(ish) lines of code – down to the first media query. This removed default font size etc for every default HTML tag.

This solved the problem.

Do not do this in production boys and girls – use a properly modified bootstrap file which only contains the CSS you need! Depending on the complexity of your application you may have to do other modifications to get your application looking good. 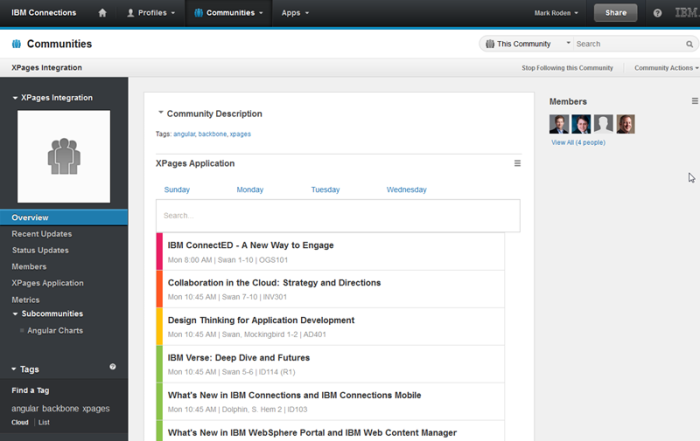 The process is identical for adding the application into SharePoint, although in that case I used an embeded code widget within a SharePoint page to insert my HTML/SCRIPT.